The Fish Award has been made annually since 2012 in memory of the late Mike Jeanmaire or ‘Fish’ who served as CDG Chairman for 30 years. I want to say two things about the award. Firstly, it is awarded to those who have made a significant and sustained contribution to the CDG. Secondly, it is determined by the previous recipients, so it is a true recognition by your peers. The winner this year has served the Group for well over 20 years and has provided an information back-bone that has transformed how we communicate both with each other and also with the wider world.

Back in the 90’s the CDG was a secret squirrel club. It was difficult to find out who to speak to about cave diving and how to join. It was an organization run with infrequent meetings held in smoke filled rooms (remember this was before the smoking ban). That all changed in 1998 with the launch of the CDG website. Suddenly members could hold shared discussions, look up information online and push information out to the wider world. All that might seem run-of-the-mill now but the CDG website came before the launch of Google and back then, the technology was truly innovative. From 1999 you could use a WAP connection on your hand-held Psion 5 to check the CDG Vis-Bot. Today that is just a swipe on a smartphone but the CDG website came a decade before the first iPhone, so, yet again, we see the CDG at the cutting edge of adopting new technology.

This year’s winner has transformed the CDG in many ways, but I would like to highlight just a few of them;

He has worked thousands of unsung hours so that the CDG could embrace information technology in a way that has been more significant to us than the transition to open circuit air was back in the 1960’s.

It is no exaggeration to say that this work has underpinned the very existence of the Group. In 2015 the UKMC were the new kids on the block, tapping into social media to share information and organize trips. Without a robust digital presence then perhaps 2015 might have been the moment that the CDG started to fade, as more digital-savvy organizations filled our space. But instead, we had the technology to clearly communicate the value that the CDG brings to its members and to the wider caving community and so, the CDG thrives.

This year’s winner is an exploratory caver and cave diver. In 1992 he was stage diving through squeezes, nearly 400 m into Alum Pot terminal sump, pushing an underwater dig looking for the connection to the resurgence. That is proper cave diving. He truly understands the ethos of the CDG and has been its faithful servant for a quarter of a century. So, it gives me enormous pleasure to present the 2019 Fish Award to Rob Murgatroyd. 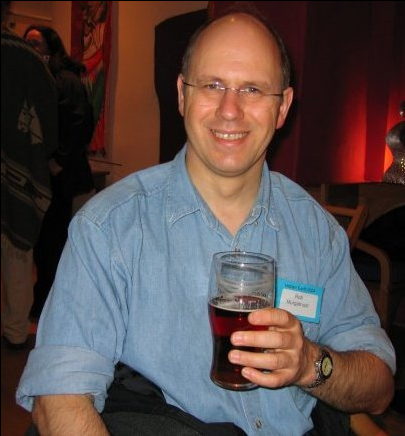