The Fish Award for 2015 was given to Andrew Ward

Andy Ward joined the Cave Diving Group on 28th April 1985 when he was elected to Welsh Section. His first recorded cave dive was at Wookey Hole on 15th May. Thirty years on he still belongs, and is still active.

Though he has done a huge amount of diving in Wales and far further afield, he is well known for editing our Manual. I don’t think it is known that he and Colin spent weekend after weekend after weekend writing, editing and collating material from the many contributors. The Manual is most valuable obviously to trainees, but Qualified Divers often find in it much that they didn’t know and hadn’t thought about. Its value extends far beyond the CDG and is essential reading for anyone seeking what it takes to dive in the conditions which prevail most of the time in most of our sumps.

Another publication which bears Andy’s name is his guide to cave diving in the Lot. It’s hard to recall just how difficult it was to gain information about these sumps before he published, and how many divers of many nations can be seen at the popular resurgences, many of them clutching Andy’s guide.

Many of us carry CDG qualification cards – supplied by Andy. He’s been quietly doing so for many years and I think this says much about the guy. He’s not one for sitting around debating what to do; he just does it.

So here are some reasons why Andy wins the Fish Award. I said that he is still contributing to the Group after thirty years; the next Welsh Section training day, the latest in a long series and open to all CDG divers is at Cromhall a fortnight today; Andy is organising it. 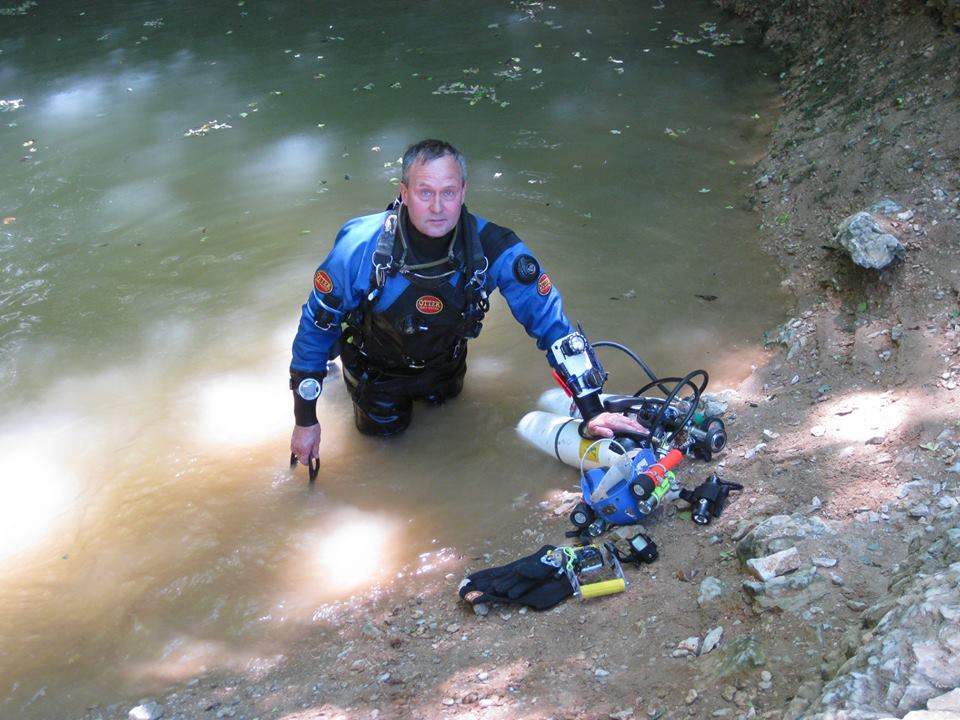