It gives me immense pleasure to announce that Clive Westlake is to receive the Fish Award at this year’s annual dinner. Clive is well known to most CDG members; few people in this room will not have caved or dived with him at some stage. He has been a member of the Group for over 30 years, yet he started cave diving quite late in his caving career, which spans half a Century (to date).

The event which prompted Clive’s initiation to caving underwater happened in 1979. John Beck and Jerry Murland had secured permission for diving to resume in Peak Cavern. This also made possible trips into the even more forbidden ground of Speedwell Cavern, by diving through Treasury Sump. As a result Castleton became a sort of cave diving Klondike almost overnight. Clive was one of many local cavers who would turn up selflessly to help carry the huge number of tanks which were going in and out of Peak every weekend.

Of course he was already a very accomplished caver, with involvement in many explorations to his credit, including the completion of Aggie’s Grand Circle, pioneering free dives down the Swildon’s streamway with Oliver Lloyd – and the connection of Giants Hole and Oxlow Cavern. He had been involved many times with CDG projects in the past, from helping to carry in many British caves to being on the team which dived the Cigalere sump in France, of which Fish himself was also a member.

Clive recognised the significance of the Peak Cavern developments and we were extremely lucky to have his stalwart support. He is also an excellent photographer, with a reputation for imaging some of the uttermost parts of the underground world, often where no pictures had been taken before. Clive would watch us slip away into short sumps, to emerge hours later with exciting tales of discoveries beyond. I suppose it was only a matter of time before he realised the possibilities offered by the acquisition of a few basic diving skills. And, as is so often the case, in 1980 the sherpa became the diver and the rest, as they say, is history.

Of course Clive’s diving soon went way beyond merely dashing through short sumps to wave his camera around. He devoted a great deal of energy to developing his underwater skills and soon became very competent. Clive has since been involved in many underwater projects over the last thirty years, with the exploration of a kilometre of fine passages in OFD and the production of the high grade survey of the dry system beyond Far Sump in Peak Cavern springing to mind. He has also done a great deal of cave diving overseas. In 1991 he became one of a select band to have completed the through dive between Keld Head and the Kingsdale Master Cave, perhaps the greatest achievement there being getting permission to dive in the first place! His understated comment in the resulting log says it all: “Walking back down Kingsdale to Keld Head felt very good indeed”.

Apart from direct underwater endeavour Clive has also put a great deal back into the CDG. His willingness to share an encyclopaedic knowledge of the caving literature, or the contents of his meticulously kept caving diaries, has often proved invaluable. He served the Group as Secretary between 1988 and 1992 and has had close involvement with producing sump indexes, diving Manuals and the development of training programmes. In fact, the only reason he can’t be here tonight is that he’s probably swilling down some fine wine right now, to celebrate yet another quality cave dive in France.

Congratulations Clive; oh – and “Yours to the final sump”! 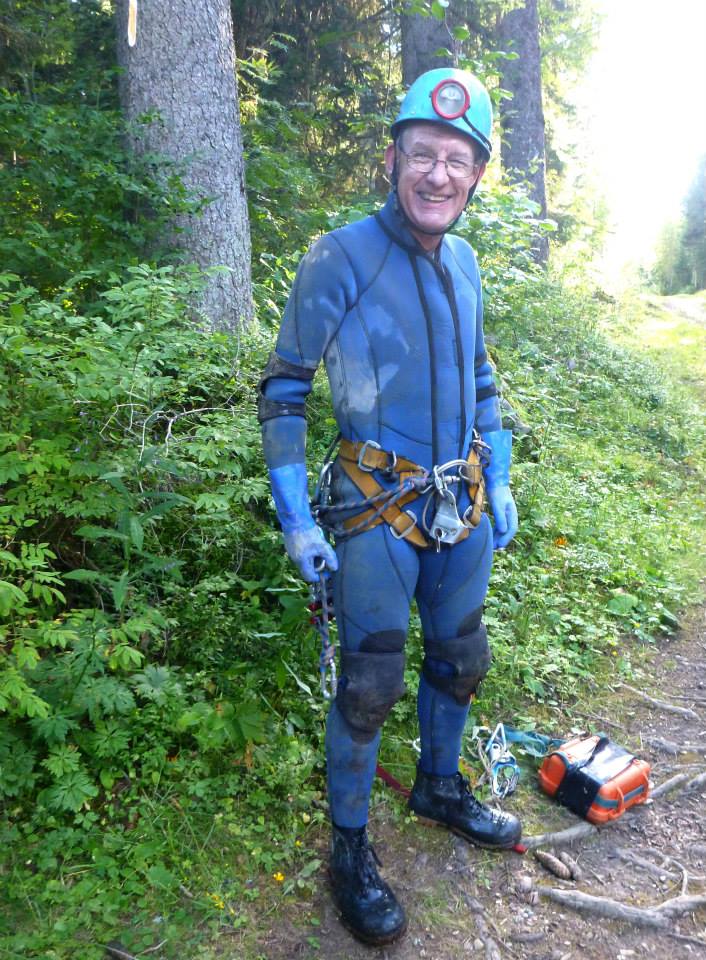