The 2013 recipient of the Fish Award is John Cordingley. John Buxton’s reasons for his recommending John Cordingley for the award are outlined below:

In my view John Cordingley is one of the CDG’s great explorers. There have been the more significant discoveries he has been involved in at Malham Cove, Lancaster Main Drain, the East Kingsdale/ Keld Head connection, extensions to Keld Head & Peak Cavern and the development of techniques to carry out incredibly accurate underwater surveys.

There has been his development of underwater digging and engineering techniques. He has also been the most prolific explorer of ‘out of the usual areas’; sites with potential (e.g his latest stuff at Preachers and Grayrigg near Kendal), and his willingness to ‘hand over’ sites to newer/ younger divers so that they can have the thrill of finding stuff (like in Pegleg/ Kirk Pot).

The last thirty odd years’ Newsletters bear testament to his efforts searching/finding/surveying and writing up his logs promptly and accurately. He has also been a major contributor to the Group by being the proof reader for the Newsletter for the last twenty odd years. Furthermore he spent a similar period as the representative of cave divers on the British Cave Rescue Council. All this makes him an admirable choice in terms of his direct contributions to British cave diving and the CDG.

On a wider front, JNC regularly contributes with advice, guidance & knowledge on both the CDG and UKCaving Forums. You never see him belittling or insulting other users (despite occasional provocation) and his approach is always positive and encouraging. He is therefore well liked and respected.

JNC was also one of the first British divers to visit the Dordogne, and to bring the potential of the continent to the attention of CDG divers. He also attended international diving camps at Gorgazzo and Cabreret which led to him working with Olivier Isler and in turn recruiting other CDG members to support major expeditions. This has influenced and affected future generations of our Group and led to their developments and recognition on the international stage.

I think this word of thanks should be addressed mainly to John Buxton, as I gather he was the one who was most keen for this award to come to me this year. I always had great admiration and fondness for Mike Jeanmaire – even though he never did let me ride his Ducati! My fondest memory is perhaps from sometime in the 1990s when we’d cobbled a set of gear together for Fish, so he could go for a dive in the Doux De Coly; I’ll never forget the sight of his face after he’d surfaced; he was thrilled!

I have to confess to receiving this award with some reluctance as I feel there are far more deserving people. I’m thinking especially here of all the volunteers who keep the CDG ship afloat, behind the scenes, as officers. Theirs is a difficult and often thankless task – and one for which I’ve always been really grateful. All I do is go cave diving, like so many other members. I’m just happy to be one of this amazing bunch of eccentrics which is the Cave Diving Group.

So thank you John Buxton and anyone else involved with administering this award. Have a great evening and I’ll see you underwater somewhere soon. 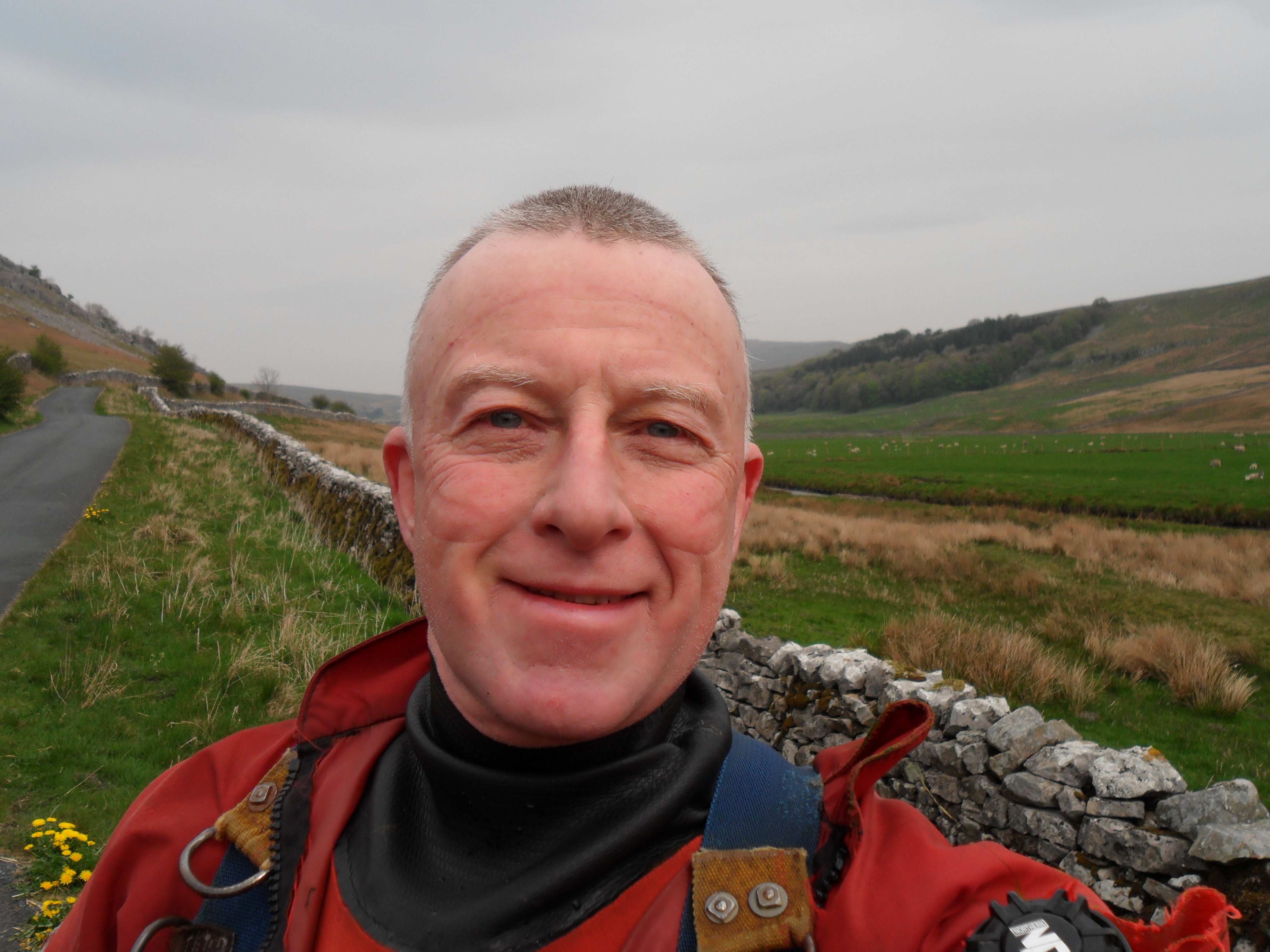